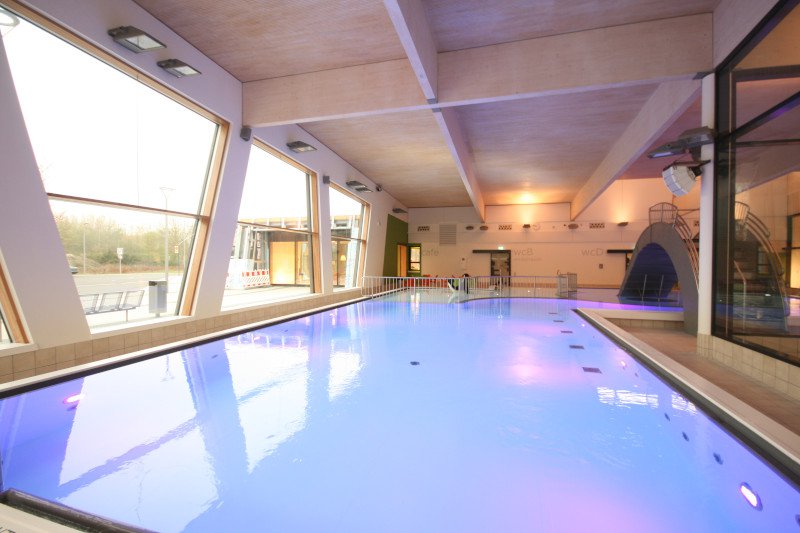 Darmstadt/Germany. The municipal swimming pool operator in the German city of LГјnen ventured into unchartered terrain when it decided to build its indoor swimming pool to the Passive House Standard some years ago. This courageous step has now paid off, as the monitoring results show. The savings in terms of energy consumption, for heating as well as for electricity, are substantial compared with other swimming pools. The monitoring carried out by the Passive House Institute also shows that even further optimisation is possible during the buildingвҖҷs use. The beacon in Westphalia thus forms an outstanding basis for subsequent projects. Details on this will be presented by Jessica Grove-Smith from the Passive House Institute at the International Passive House Conference in Aachen, taking place from 25 - 26 April 2014. A general article on the energy efficiency in indoor swimming pools is now available online on Passipedia.

Full view of the Passive House swimming pool in LГјnen near Dortmund, open since 2011. Photo: PHI 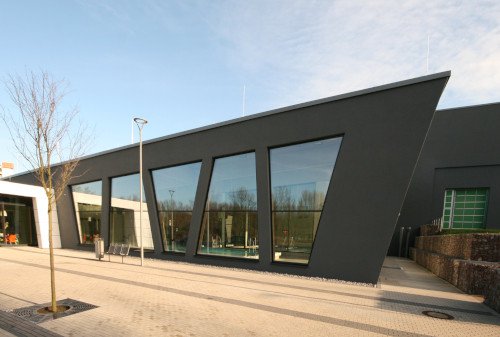 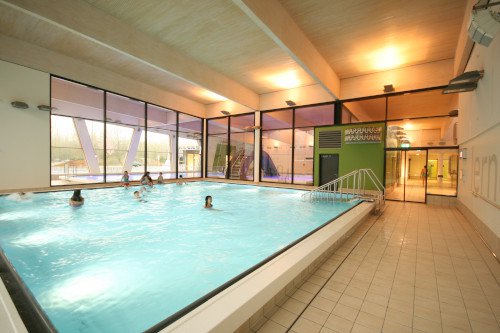 Read more on this subject: